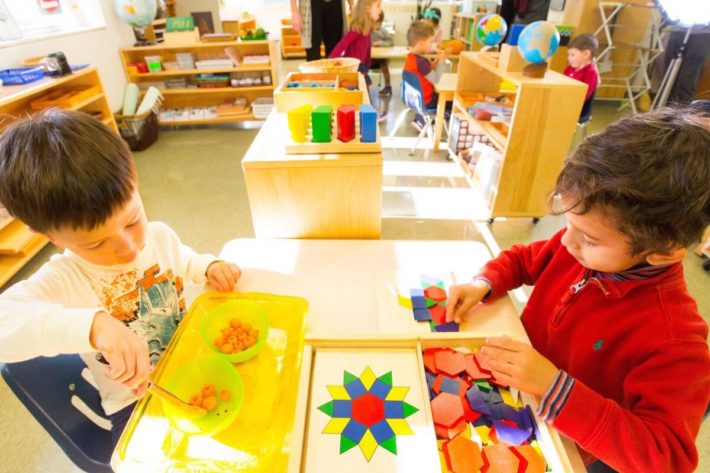 Children just have such a strong (and often unreasonable) sense of justice. They want so badly for you to see their side, yet they’re often still learning how to see the other person’s side.

There are no set rules and that can be confusing, and very frustrating, to a young child.

Imagine if you were really engrossed in a project on your laptop, but all of a sudden, you had to stop what you were doing and hand over your computer to a friend because it was her turn and you needed to share.

How frustrating would that be? It’s almost unimaginable, because it’s not the way the adult world works.

Play is children’s work and it is just as frustrating for them. Plus it puts you in the constant role of referee, which is no fun for anyone.

In a sense, the children share everything in the classroom, but never ask them to stop working with something because someone else wants it.

One main reason is that we want children to be able to work with something just as long as their stretching concentration will allow them and waiting is an important life skill.

So instead of asking the children to share, we have a simple rule—if someone is working with something, it is not available.

What do you think?